There aren’t many fringe theatre shows that can truly be said to offer something for all ages, but this dramatisation of Hans Christian Andersen’s wintry fairy tale is that rare thing: a genuine family entertainment. The adaptation represents a promising new string to the bow of Theatre Anon, the Shanghai-based collective, which won recognition for its Edinburgh show Black is the Colour of My Voice, about the singer Nina Simone, in 2014.

Arran R Hawkins’s production is unashamedly from the Let’s Pretend school of children’s theatre, with the costumes hanging within full view of the audience, umbrellas doubling as snowflakes and the six-strong ensemble switching among a multitude of roles. The staging is simple yet the versatility and energy of the performers bring life to each stage of the episodic tale. 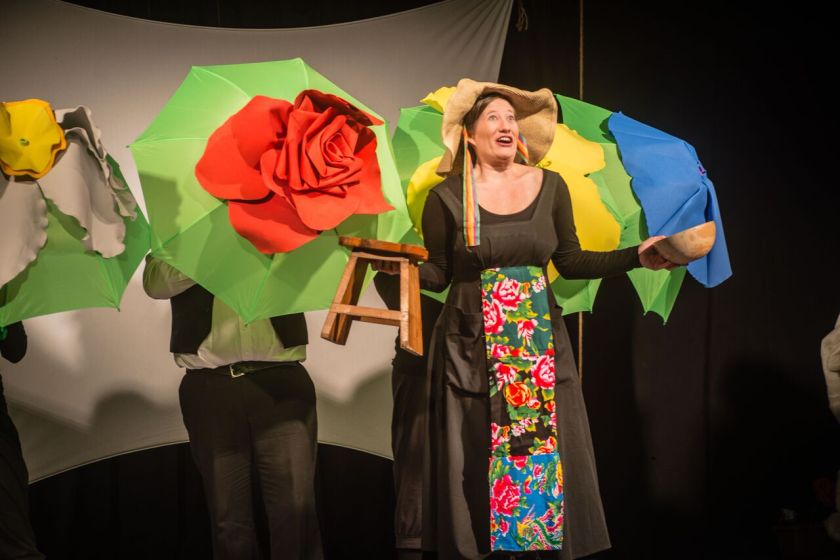 Indeed, Hawkins and Natasha Portwood’s adaptation is notable for its fidelity to the seven-part source fable, in which brave Gerda (Violet Mount) embarks on a long journey north in a bid to rescue her best friend Kay from the icy clutches of the Snow Queen (Laurie Padgett Fralick). The production packs plenty of incident into its 70-minute running time, with every step of Gerda’s quest representing its own self-contained vignette, from encounters with helpful ravens, robbers and reindeer to an extended sojourn in a garden of beautiful flowers. The many broad characterisations and quirky, ironic humour are likely to appeal to grown-ups as well as younger audience members, and there’s a nice, none-too-treacly message about friendship and cooperation. 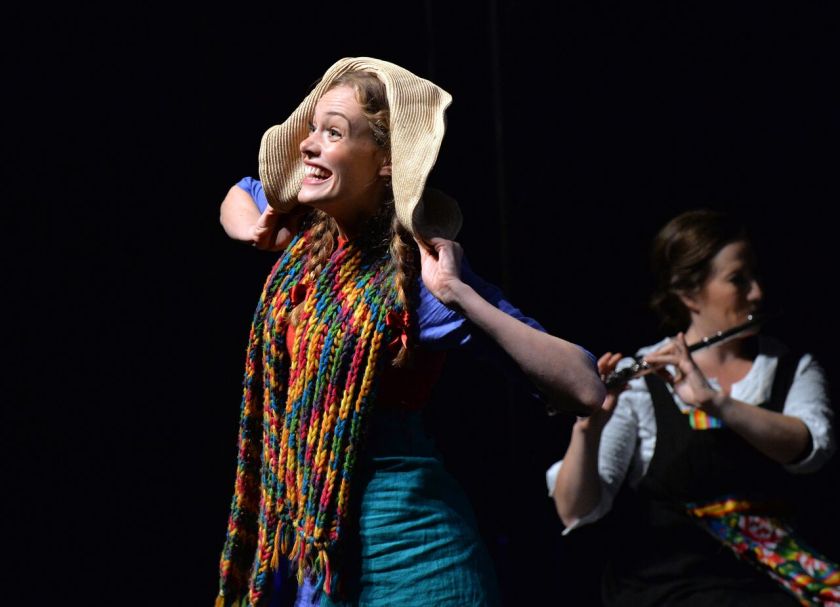 Music is another important element of the show, with the narrator, OJ Ryan, contributing original songs whose choruses are swelled by lovely harmonies from the ensemble. The eventual showdown with the title character is a little anticlimactic given the long and involved expedition leading up to it, but the atmospherics of the final scenes are spot on – despite the warm August weather, you can almost feel the chills going up and down your spine.