This new immersive piece from Paddy Campbell isn’t so much a play as an impressive marshalling of research and investigation. Produced by Curious Monkey in association with Northern Stage, the script is built exclusively upon verbatim accounts from young people embarking on life outside of care, and professionals who have worked in and around the care system in the northeast. The resulting show is compelling – often grimly so – even if at times it does highlight the drawbacks of the first-person approach.

Leaving was inspired in part by Campbell’s experiences of working in a Newcastle children’s home, and the show’s strength lies in the way the writer has shaped the interview material, focusing in on a select group of young people, whose individual voices we come to recognise over the course of 100 minutes. As these characters share their stories, from the point of entering the so-called looked after system, up to and beyond the point of transitioning to independence, a number of common factors emerge, notably mental illness borne of unresolved emotional conflict, a paucity of support or security in adulthood and a lifelong quest for resolution of identity. 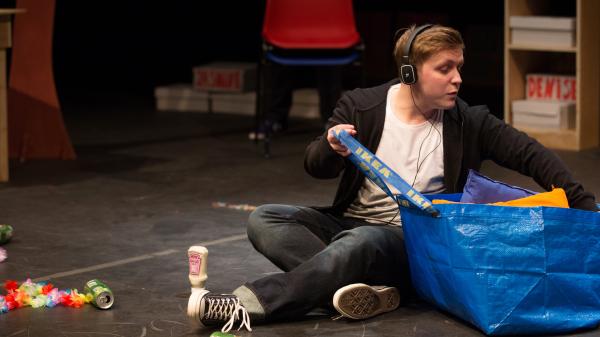 The supporting characters we meet along the way, who include support workers in residential care homes, social workers and an opposition politician, evince everything from resignation to brittle defensiveness and despair at the lack of resources available to those working within the system. Conspicuously absent from the roll call are representatives of governing parties, either at regional or national level. While many of the stories here follow a sadly predictable trajectory, the atmosphere is leavened in Amy Golding’s production by its emphasis on the protagonists’ unwavering gallows humour. 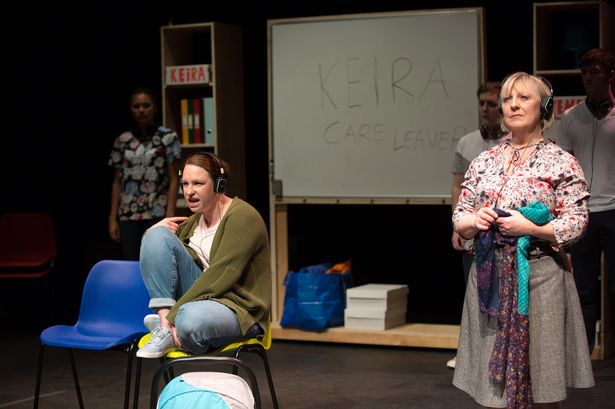 Where the piece becomes increasingly frustrating is in its attempt to create a poignant naturalism by having the actors precisely emulate the speech patterns and mannerisms of the interviewees. Relaying the original recordings through headphones to the actors and, at times, the audience, comes to feel like an unnecessary intrusion. While young performers Kate Okello and Luke Maddison in particular succeed in creating a handful of distinct, believable characters, some interpretations skirt worryingly close to caricature. These stories would be no less powerful were they to be told straight, shorn of such distracting mediation.