The work of Alan Ayckbourn is almost a mainstay of the annual summer programme at Pitlochry Festival Theatre. Over the years the company has made a significant dent in the prolific dramatist’s output, producing 24 of his more than 70 full-length plays. Last year, there was a bonus for aficionados when the theatre revived his ambitious trilogy of plays, Damsels in Distress.

Absurd Person Singular, one of Ayckbourn’s earliest successes, is also something of a three-in-one theatrical bonanza. The play unfolds over successive Christmas Eves in the respective homes of three very different couples. These increasingly uncomfortable gatherings may take place over the festive season, but Ayckbourn games our expectations by setting the action “offstage” in a trio of kitchens whose décor and condition mirror their owners’ personalities and state of mind. Now and then, a door opens to offer a glimpse of fairy lights or to divulge a few bars of seasonal music or sherry-fuelled laughter. Otherwise, the atmosphere remains resolutely cheerless.

The playwright uses his three settings to examine the shifting sands of British society in the early 1970s, gradually moving the play’s tone from farce to something altogether darker. Serena Giacomini and Andrew Scott Fairley are brilliantly matched in Richard’s Baron’s production as the aspirational Jane and Sidney Hopcroft, the former at her chirpy best when taking refuge from high-pressured social situations in frenzied cleaning; the latter clumsily hustling for business favours from their guests, the taciturn banker, Ronald (Dougal Lee) and the rakish architect, Geoffrey Jackson (Alan Mirren). 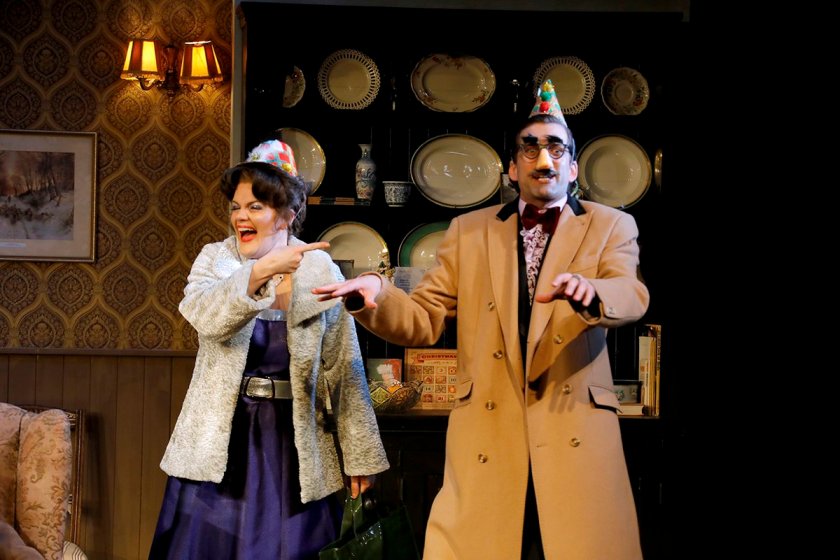 The sitcom feel of the opening scene, with its slamming doors and assorted misunderstandings, acquires a tragicomic edge in later instalments. Act Two, which takes place in the Jackson’s apartment, revolves around depressive Eva’s (Helen Mallon) various abortive attempts at suicide while her blissfully unaware party guests perform household chores around her. By Act Three, the amusingly tipsy Marion (Margaret Preece) has descended into full-blown alcoholism. The odious Sidney, meanwhile, has flourished in business and now commands a certain power over the others in echoes of the social-climbing Lopakhin’s manoeuvres in Chekhov’s The Cherry Orchard. 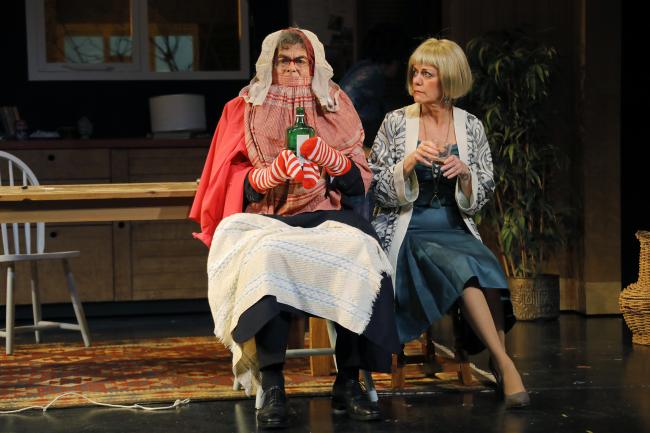 Baron and his cast handle these transitions seamlessly in a well-paced production, which takes place against the meticulous period detail of Ken Harrison’s set designs. The absurdity of each of these dreadful get-togethers belies the despair and malevolence lurking just beneath the Formica, woodchip or linoleum, and despite the specific period setting, important elements of the play, including Sidney’s dodgy property development schemes, have an unsettling contemporary resonance.