Roll up, roll up – the circus is back in town. The music as we enter the big top may be full of fanfare, but an air of melancholy pervades the atmosphere backstage. Having dragged his uncomprehending charges around the states of 1930s Dustbowl America for more years than he cares to remember, trainer Francis (played by Jesse Rutherford) is dejected, lonely, spent. He longs for one final perfect routine from his performing chimpanzee (Lucy Roslyn).

Goody is the second in a series of short plays from BoonDog Theatre, looking at the people and stories of a Depression-era travelling circus. The previous show, Stooge, also written by Roslyn, focused on the plight of a clown whose performing partner died choking on a ping-pong ball. 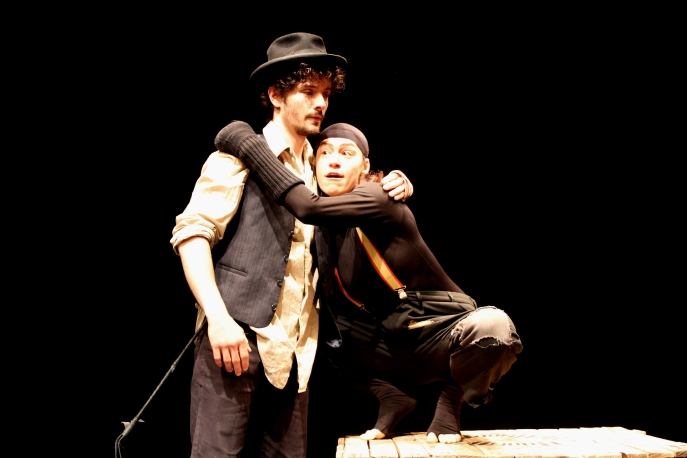 The playwright’s latest work is no less tragicomic. Francis and Goody are locked together in symbiosis, the former reliant on the chimp for his livelihood while she has learned to endure the cruelty that come with his care and affection. Once upon a time, the act included another ape named Moses, whose fate we learn later in the story. “We’ve been in this business a long time,” Francis tells Goody at one point. “We’re partners. Tarzan and Cheetah.” 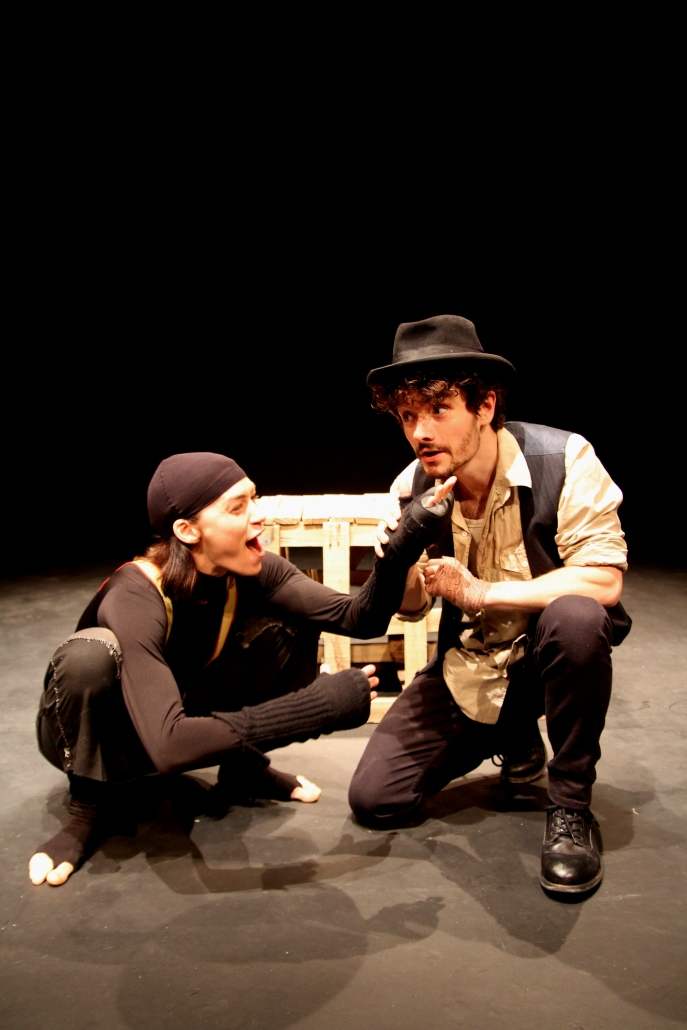 Roslyn uses the interactions between the self-pitying Francis and the primate to whom he imparts his fears and woes as well as venting his anger, to explore the nature of communication. While Goody, expertly performed by Roslyn, expresses herself bluntly and truthfully, it is only inadvertently that the repressed Francis reveals his deepest, darkest emotions and instincts.

It is an intriguing idea and the script is clever and nuanced, but Jamie Firth, the director, could afford to inject more variety into the staging, which, as things stand, feels rather one-note. Though Roslyn’s life-like impersonation creates some affecting moments, and the tension ratchets up in the final five minutes, the sad tale drifts along too listlessly to be truly gripping.