In outline, Ella Hickson’s adaptation of J.M. Barrie’s tale of the “boy who wouldn’t grow up” doesn’t look especially radical. Wendy and Peter have their first encounter in the nursery as Peter hunts his errant shadow. Lost Boys, pirates, mermaids and vengeful crocodiles populate Neverland. The curtain comes down on the first act with the hero, apparently mortally wounded, uttering the immortal line: “to die will be an awfully big adventure.”

Fear of death, the tragedy of ageing and the mystery of the afterlife are the themes that run through Barrie’s work, and Hickson expounds on them here, imagining a hitherto unseen third brother for Wendy, Tom (Keiran Gallacher), whose “disappearance” in the first scene plunges the Darling family into grief, while giving a sense of purpose to Wendy’s flight out of the nursery window. 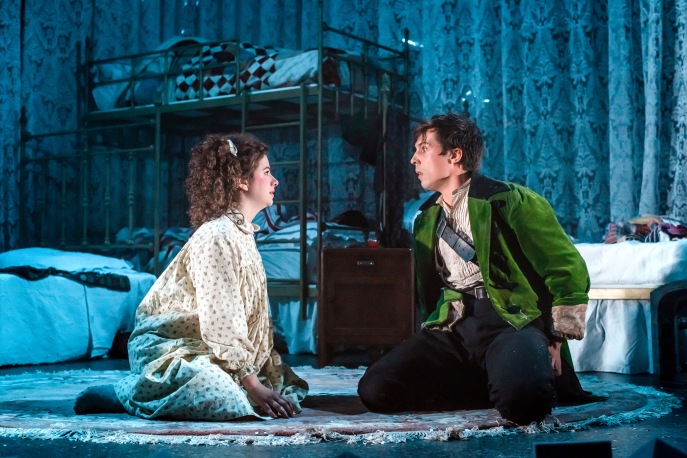 Hickson’s main revision to the Peter Pan legend lies in how she addresses the absence of female agency in Barrie’s story. Here, Isobel McArthur’s spirited Wendy quickly tires of the maternal role that Peter (a dynamic Ziggy Heath) has carved out for her, quitting the underground hideout for an adventure of her own. In battling Hook (Gyuri Sarossi, channelling Keith Flint of The Prodigy) Wendy enlists her erstwhile rivals, Tinkerbell (Sally Reid) and Tiger Lily (Bonnie Baddoo). “I don’t get why the boys get to be friends and have fun but we have to be against each other,” she says. She has a point.

McArthur gives the standout performance in Eleanor Rhode’s production, hitting a sweet spot between resourceful decency and an angry exasperation at her allotted role in the boys’ games. “I’m tired of playing nice!” she exclaims at one point. Rhode and the designer, Max Johns, may retain some of the costumes and trappings of Edwardian Kensington, but Hickson’s exploration of the ways in which girls and boys continue to be socialised feels bang up-to-date and there is some decidedly 21st century locution to match. (“Bog off, George!” shouts Baddoo’s Mrs Darling to her hopeless husband.) 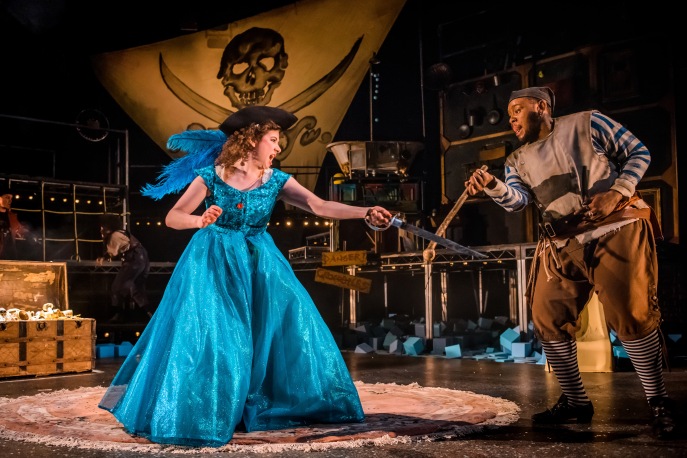 The only unwelcome consequence of her update is that Hickson renders harmless much of what is mysterious and frightening in the original. The fate of Tom, the missing brother, feels a little too neatly resolved when compared with the more ambiguous vision of life and death offered by Barrie.

Rhode and her team compensate for the script’s shortcomings with a lavish staging that includes thrilling fight sequences, choreographed by Ruth Cooper-Brown and Claire Llewellyn. The scene in which Peter attempts to revive an ailing Tink is made startlingly intimate by Mark Doubleday’s lighting of the auditorium and proscenium, and Wendy and Peter’s flying sequence, beneath a canopy of twinkling stars, takes the breath away.