Visions of the afterlife in drama can range from the terrifying to the strangely reassuring. Vanishing Point’s meditation on death, the torment of grief and the comforts of the supernatural imagines Hamlet’s “undiscovered country from whose bourn no traveller returns” as a gothic mirror of the world above ground, in which the dead reciprocate the pain and grief of the living. 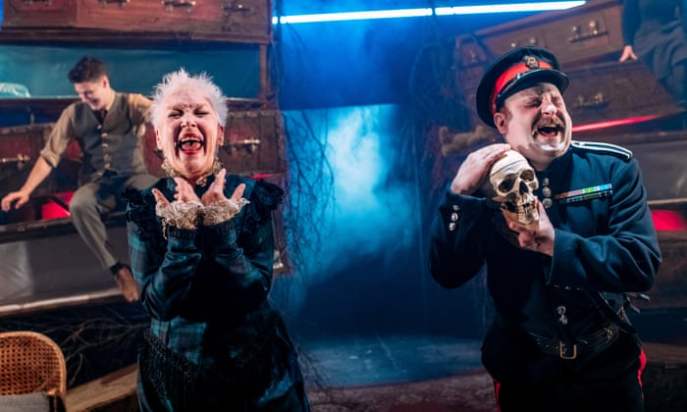 The show’s colour palette is sombre but there is nothing dreary about Matthew Lenton’s production. The writer-director’s script is delivered in punchy rhyming couplets, punctuated by songs written and performed by Biff Smith and his band A New International that run the gamut from mournful to defiant. We, the newly dead, are welcomed into this threadbare fin-de-siècle cabaret by Elicia Daly’s spirit guide with promises of canapés and moonshine.

The interplay between Smith’s compositions and the painterly visuals, created by the set and costume designer Kenneth Macleod and the lighting designer, Simon Wilkinson, is immediately seductive. Lenton’s meandering script may lack a strong, linear narrative drive but there is a cumulative power to the writing, with its multitude of acute insights and moving character vignettes. 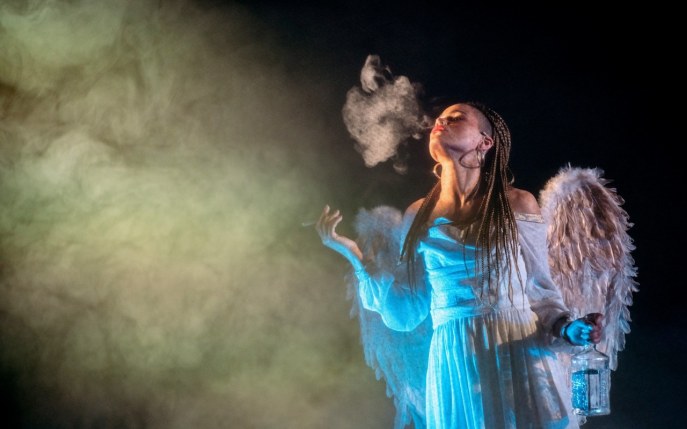 The most complete and affecting of these stories is the sequence involving John and his lover, Peter (Peter Kelly), now an elderly man, who makes a daily pilgrimage to the boy’s graveside. The lovers are briefly, touchingly reunited above ground, only to be cruelly parted for a second time when John moves on to the next stage of the hereafter. Lenton weaves this tale with the other strands to create a rich tapestry of ideas and characters and a poignant memento mori that is ultimately life affirming.