The fraught relationship between parents and their offspring has proved fruitful subject matter for many writers. This new play from the Wardrobe Ensemble is prefaced with a series of quotations on the theme of intergenerational dependency and conflict, ranging from Philip Larkin’s “They f*** you up, your mum and dad”, to Emily Dickinson’s far sunnier “Hold dear to your parents”.

The play, devised by the Bristol-based company in collaboration with Complicité, revolves around four sisters dealing with the emotional fallout of their mother’s death. The character of Rosemary Pelican doesn’t appear on stage in person, but the spirit of this fiercely independent, unpredictable matriarch lingers in the house she bought for a song in the Seventies. 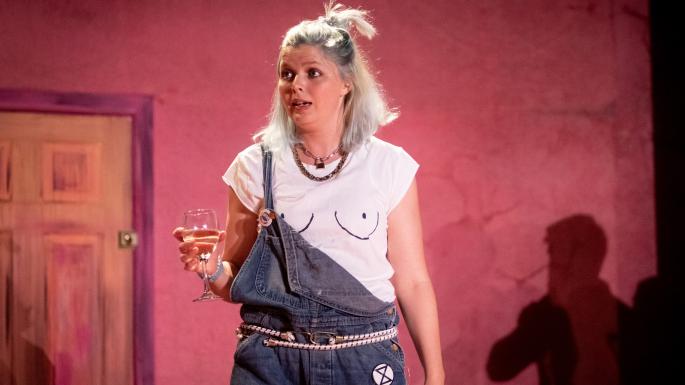 Frequently, though, the dead woman seems the most fully realised character in the eight-strong ensemble piece. The disparate Pelican daughters never acquire dimensions beyond a kind of reverse nominative determinism. Joy (Kerry Lovell) is disconsolate due to her frustrated desire for a baby. Storm (Jesse Meadows) is worn out from having nursed her mother through her final illness. Artist Sage (Helena Middleton) is daft and lacks talent. Maia (Sara Lessore), an earth-goddess hippy, is in a relationship with her yoga instructor.

Clearly, there is plenty of scope for conflict as the siblings reunite in the house to catch up, celebrate Mum’s birthday, drink cheap prosecco and make the first attempt to divide the spoils of the late woman’s estate. The list of burdens afflicting the sisters and their various satellites accommodates everything from loneliness and old age to infertility, pregnancy and impoverishment, mostly only explored superficially. The emotional and economic complexity of inheritance is also touched upon without being fully developed. 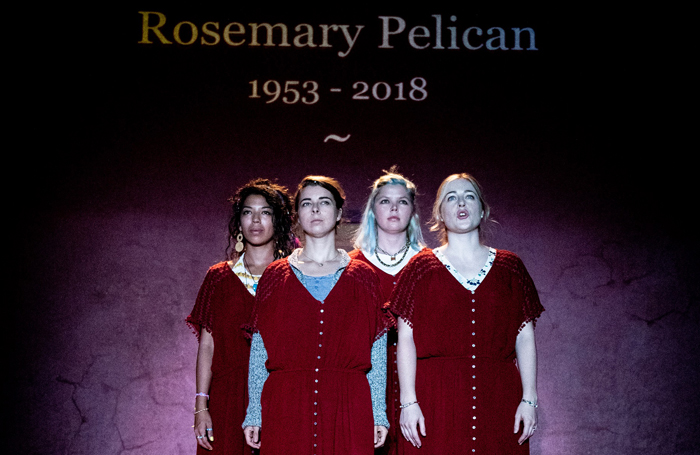 There are compensatory pleasures in the show’s wrapping, the slick direction by Jesse Jones and Tom Brennan and Benjamin Grant’s versatile sound design. Yet such theatrical flourishes are harnessed in the service of a fairly clichéd script, which lacks the satirical sharpness and rigour of the same company’s 2017 Fringe success, Education, Education, Education.