First performed in 1979, Brian Friel’s Faith Healer is a play with a formidable reputation. Yet Elizabeth Newman’s production for Pitlochry Festival Theatre is notable for its restraint and transporting intimacy. The staging is sparse and steadfast. The play’s three characters deliver four monologues with the ease of old friends sharing confidences across a café table. As the house lights stay lit throughout we feel almost as though we are part of the action.

The simplicity of Amanda Stoodley’s set design – an empty hall with a few chairs scattered around and an ageing poster in the background – places due emphasis on a trio of fine performances. George Costigan is haunting as Francis Hardy, the exiled Irish healer of the title, who recounts a life spent plying his trade in rural communities across Wales and Scotland. Like the tatty halls that form the backdrop to Frank’s marvels, Costigan embodies the decrepitude of the prodigious artist who has fallen on hard times. Shambling and self-effacing, he rears up, bug-eyed in remembrance of his triumphs. 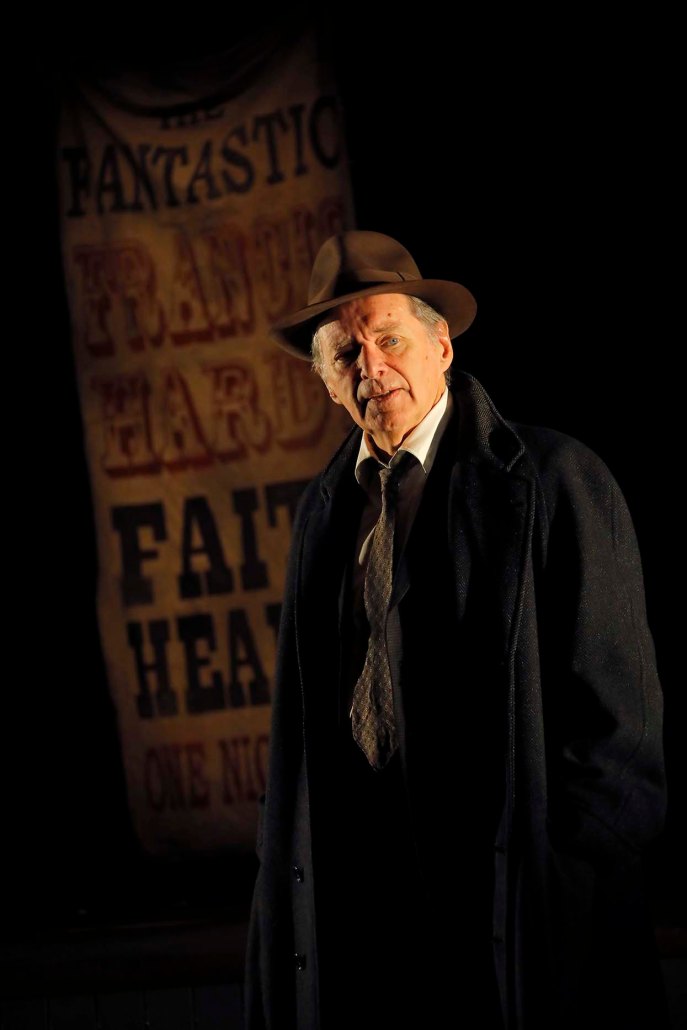 Although the staging remains constant, the three performances are so powerful as to radiate their own distinct atmosphere. Kirsty Stuart displays remarkable emotional range as Grace, Francis’s wife, who describes their toxic, symbiotic bond with a mix of deep sorrow and anger. Richard Standing brings delightful warmth and humour to his role as Teddy, the couple’s long-suffering Cockney manager and emotional buffer. At times these accounts are so understated as to feel off-the-cuff, but then the playwright will shock us with a truly gothic revelation. Jeanine Byrne’s stark lighting and subtle sound design by Ben Occhipinti provide occasional shivery hints of the numinous. 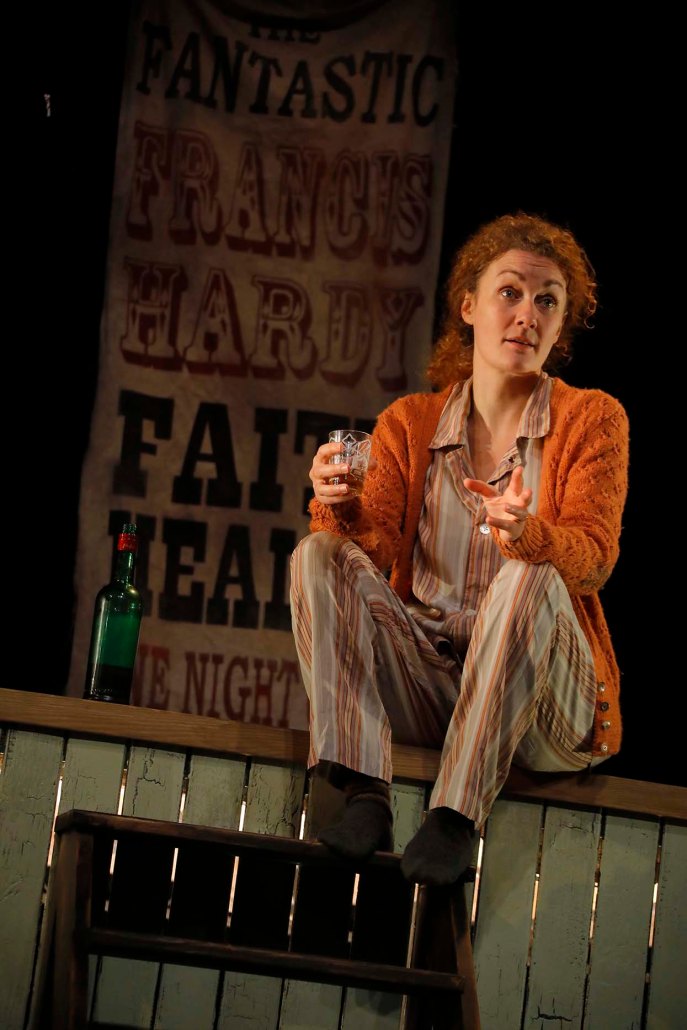 These three unreliable narratives overlap and diverge: the jigsaw puzzle-picture doesn’t come into focus until the end of the play, but in Newman’s production (which sets off on its own tour of small venues across the Highlands and Islands in November) the story is told with such care and clarity that we engage fully with the mystery.