A couple of years back the playwright and actor Clive Francis was charged with dusting down Ben Travers’s 1927 farce for a revival at London’s Park Theatre. “He wasn’t brilliant with endings,” said Francis. “So hopefully with Ben’s voice firmly in my ear I’ve come up with a twist which will be pleasing to a modern day audience, especially those who have never seen the play.”

If Francis’s rewrite of Thark (a new production of which is currently in repertoire at Pitlochry Festival Theatre) represents a sharpening of the play’s structure then the original must have been beyond shapeless. Even in its updated form the play still feels like a hodgepodge of half-developed ideas, with a coup de théâtre tacked on at the end to conceal its lack of resolution.

The plot, such as it is, hangs on the question of whether or not a country pile, sold by the philandering Sir Hector Benbow (Mark Elstob) to the nouveau riche Mrs Frush (Jacqueline Dutoit) is haunted. Yet before the eponymous house is even invoked, Travers spins out a lengthy preamble, in which Sir Hector’s tangled love life almost gets the better of him and he’s forced to enlist the aid of his nephew Ronny Gamble (John Winchester), at the risk of upsetting Kitty (Tabitha Tingey), Hector’s ward and Ronny’s fiancée. 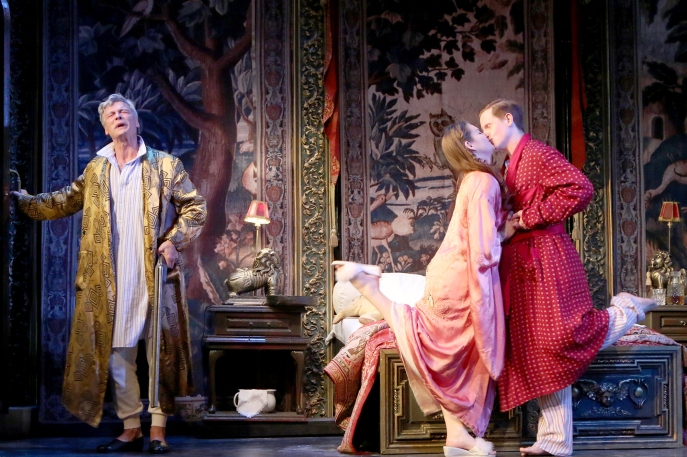 This opening scene, in which deception piles upon deception to the increasing derangement of the leads, feels like a compressed version of the classic British farce that Travers helped create and develop with his string of comedies for the Aldwych company in the 1920s. Yet it comes to feel like mere padding in the light of Act II, in which Sir Hector’s household decamps to Thark with the aim of disproving Mrs Frush’s claims about her new property. 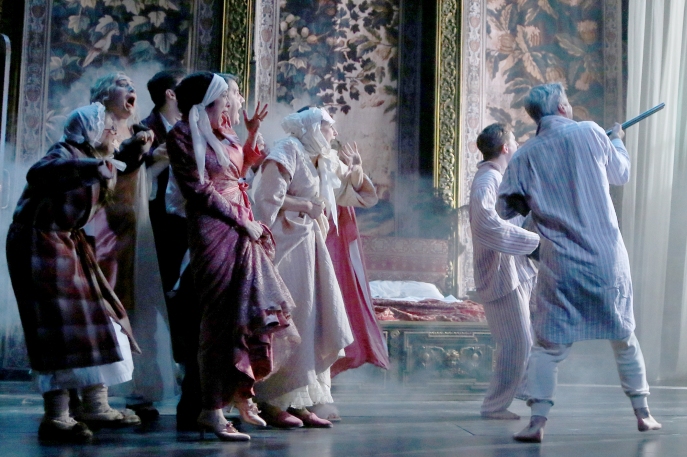 There are undeniable pleasures in this portion of the play. Ken Alexander, the director, has fun choreographing scenes that are rich in physical comedy, and Elstob and Winchester prove an entertaining double act, with the lavish set and costumes created by Nigel Hook and lighting effects by Wayne Dowdeswell compensating for the playwright’s dwindling interest in the story.

Nonetheless, there is something irritating about theatre that relies so heavily for its impact on increasingly extravagant special effects. Featuring all the story-telling integrity of a fairground ride, Thark ultimately pales in comparison to superior haunted mansion comedies such as Coward’s Blithe Spirit or John Willard’s The Cat and the Canary.