Audiences are accustomed to seeing the auditorium of Dundee Rep transformed by ambitious design. On several occasions the seating has been ripped out, reconfigured in the round or dispensed with altogether. The ensemble performed its award-winning 2012 production of Zinnie Harris’s Further Than the Furthest Thing in and around a huge pool of water.

The initial experience of Kenneth Macleod’s set for this revival of Jean Genet’s The Maids is akin to walking into the chamber of horrors at Madame Tussauds. We enter the theatre to discover ensemble members Ann Louise Ross and Irene Macdougall, imprisoned in Perspex cases, eyes wide, frozen like wax sculptures. A bell sounds, there’s a change of light from red to green and the actors snap awake, the dead becoming reanimated. 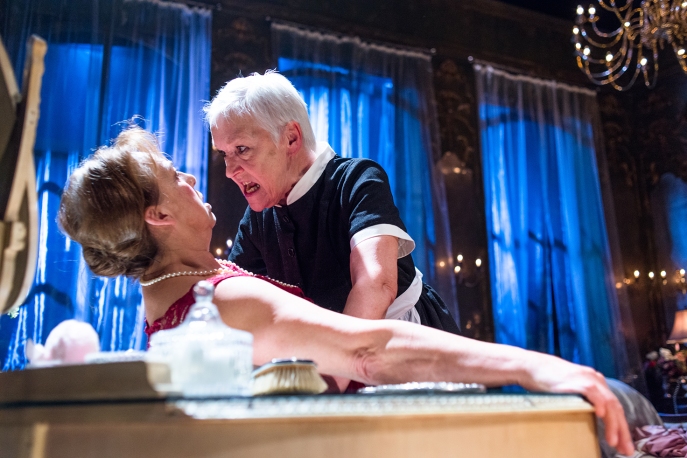 It is an image straight out of a horror movie, one that encapsulates the intense theatricality and penetrating exploration of power relationships in Genet’s melodrama, while contrasting effectively with the substance of Macleod’s design: a richly detailed Parisian boudoir, with petals strewn throughout.

This is the opulent backdrop against which the two maids, Solange (Ross) and Claire (Macdougall), nightly enact their own meticulously rehearsed fantasy ritual depicting their relationship with the Mistress (Emily Winter) for whom the sisters have toiled, apparently uncomplainingly, for years. Every element of this macabre “ceremony” has been planned to the last detail, and yet, night after night, neither player can bring herself to perform the dénouement, in which the maids murder their highhanded employer.

The play pivots around a central scene in which, having resolved to go through with the killing, the sisters embark on the performance. The director Eve Jamieson creates palpable tension in this sequence. We watch along with Solange and Claire as the cup of poisoned camomile is handed around the room. Winter picks it up, raising it to her lips . . . only to set it down again. 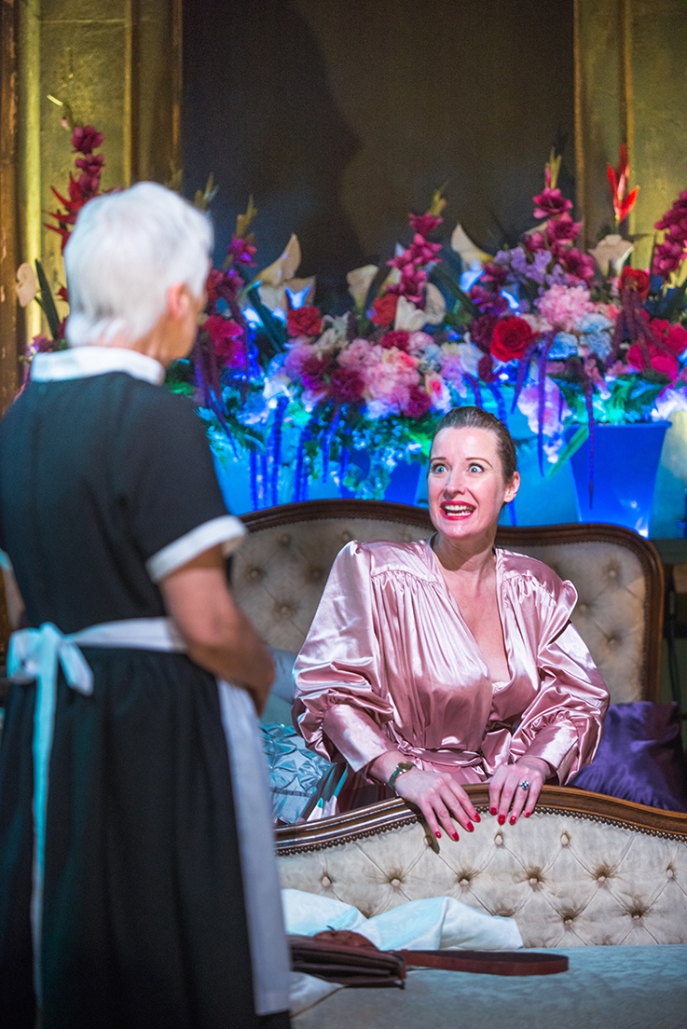 For the most part, Jamieson and her cast keep a tight rein on the more florid and brutal aspects of Genet’s script (translated from French by Martin Crimp) with the three performers – all of them Dundee ensemble members since its inauguration in 1999 – managing an effective balance of humour and pathos.

Winter is excellent as the capricious mistress, bestowing favours and abuse, almost in the same breath. Ross and Macdougall, as the two women at the bottom of the social food chain whose only resource is their inner life, also create distinct, believable characters. At times it feels as though everyone is too restrained, as though unwilling to really let rip, but this is nonetheless an intelligent take on a play engaged with the essence of theatrical performance.

One thought on “Review: The Maids – Dundee Rep”