This year’s Christmas show at Dundee Rep (the ensemble’s first under its new artistic director Andrew Panton) represents a welcome return to festive themes. The company has spent the past four Christmases mining the unseasonal tales of Roald Dahl, from The BFG to George’s Marvellous Medicine.

If returning to snow, tinsel and holly wreaths at Christmas signifies a departure for the company, at least in terms of its recent history, neither ensemble or director are exactly novices when it comes to tackling Dickens’s great tale of avarice, ghostly visitations and redemption. The Rep staged an eerie, moving production of A Christmas Carol in 2009 while Panton helmed his own successful version at Edinburgh’s Royal Lyceum in 2013. 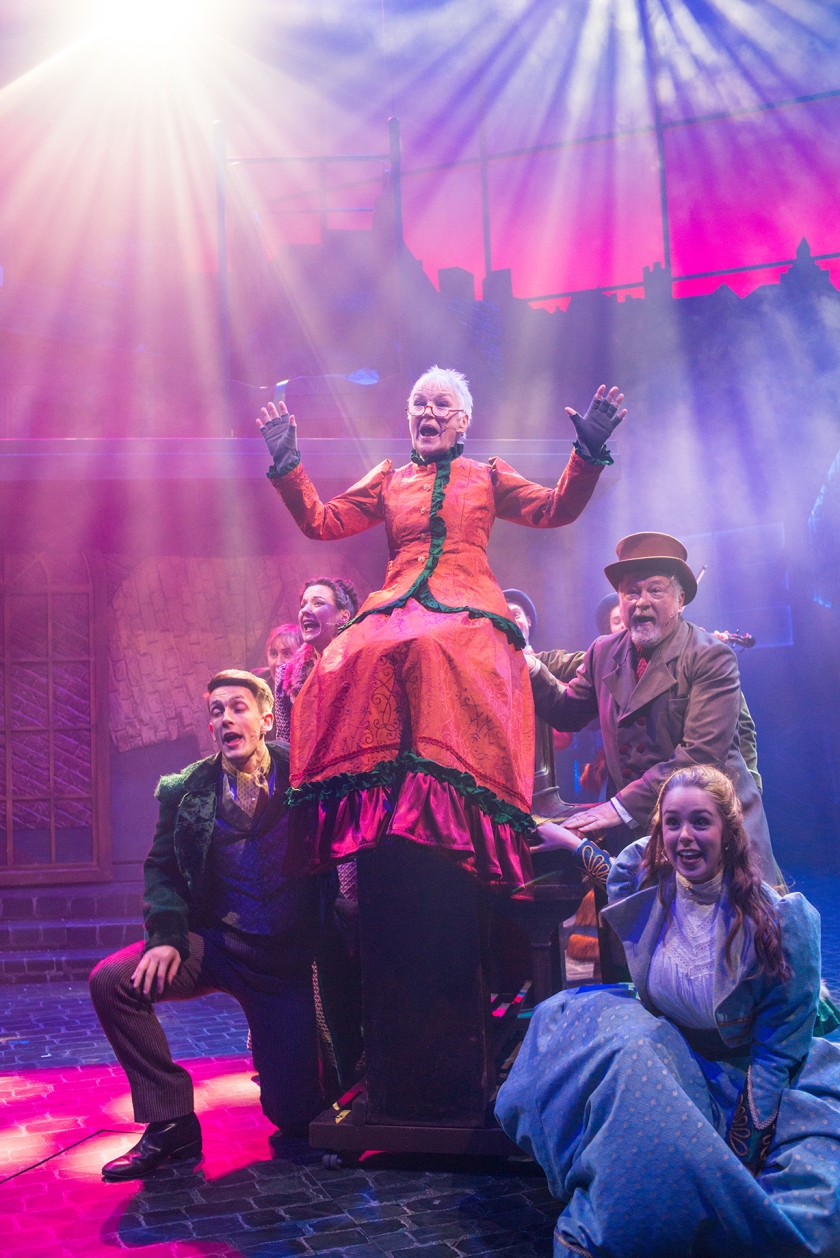 As in both those earlier productions, here Panton and his team are working from Neil Duffield’s witty, lyrical adaptation, which retains the best lines and images from the book while imbuing the story with a compelling theatrical energy. Indeed, at points, this production radiates warmth, notably during the show’s lovely musical interludes, composed and designed by Claire McKenzie, in which the cast performs medleys of carols and festive songs.

The novelty of this version is that Dickens’s iconic miser Ebenezer Scrooge is a woman, played by long-serving ensemble member Ann Louise-Ross. Ross, who gave a triumphant performance as the acid-tongued matriarch in the Rep’s recent production of August: Osage County, once again has fun coating her lines with venom, adding a sadistic edge to the famous miser in the opening scenes. There is, however, an added poignancy to the presence of a female Scrooge that comes to the fore during the flashbacks to her earlier life, in which we see her gradually turning away from human relationships in favour of money. In this regard, newcomer Eleanor House as the young Scrooge nicely complements Ross’s hard-edged performance. 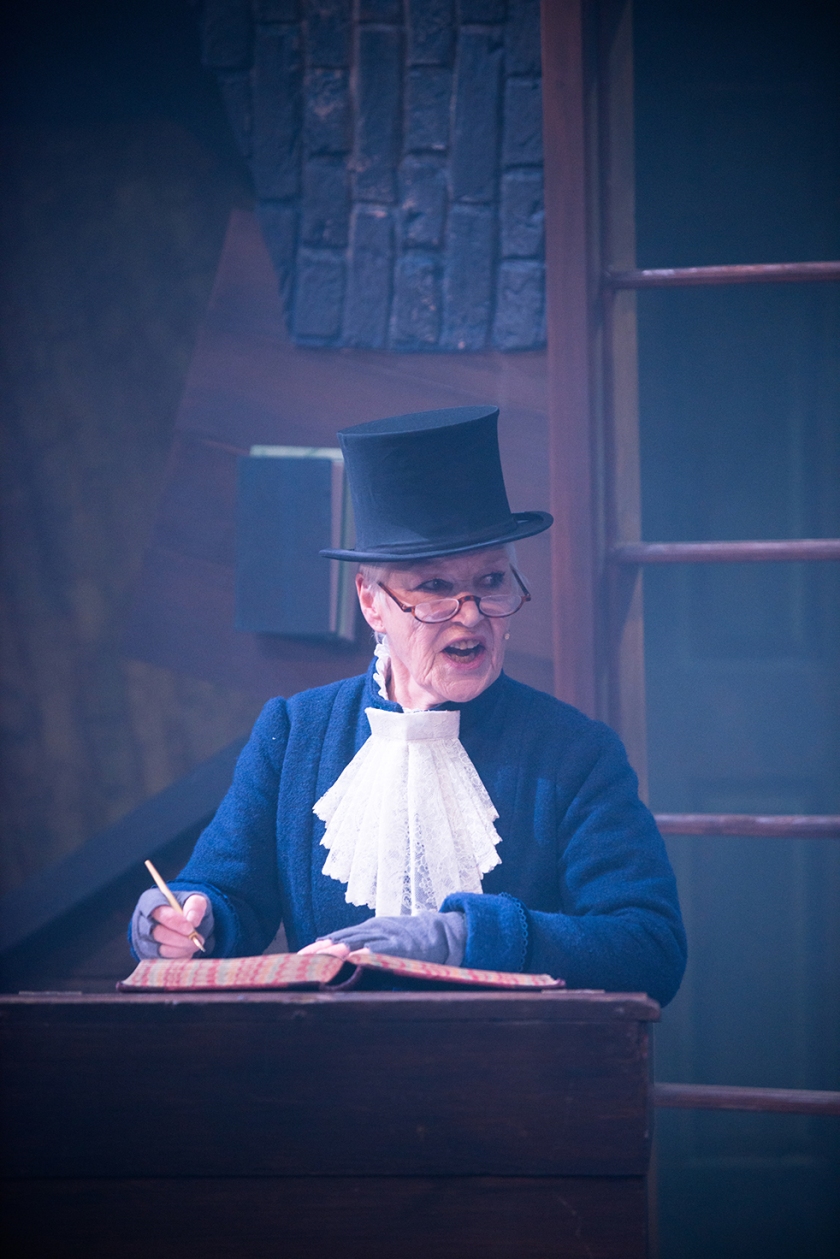 What the production lacks, curiously, is a sense of real darkness. We expect the scenes featuring Bob Cratchit (Ewan Donald) and his family to drip with sentimentality but even the grim visions offered up by the Ghost of Christmas Yet to Come feel a little restrained and underwhelming here. Richard Evans, the designer, pulls together a glorious collage of Victorian themes for his set, even if one or two of the costume choices are a little rum, not least Emily Winter’s appearance as the Ghost of Christmas Past, in nightie and frightwig, less ministering angel than the spirit of Baby Jane.

The company achieves just the right uplifting pitch for the final scenes, though, while the finale, in which the cast infiltrates the audience for a round of bell ringing before returning to the stage for one last song as snow flutters down over the auditorium, would melt even the hardest of hearts.