Yasmina Reza’s most famous play, the frequently revived Art, depicted a friendship tested to breaking point following the acquisition of a large, completely white painting. In Gareth Nicholls’s new production of Reza’s recent hit comedy, God of Carnage, most of the set, created by Karen Tennent, is itself a dazzling white canvas. The furniture and fittings sparkle, like something out of an interior designer’s vision of heaven. Refreshment is served on a white tray bearing gleaming espresso cups and plates.

The moat of multi-coloured plastic balls that encircles Tennent’s minimalist sitting room offers the first hint that all of this tasteful serenity is about to be disrupted. We find ourselves in the company of two bourgeois couples, the Reilles and the Vallons, who have convened a meeting to resolve a dispute between their sons that resulted in one of the boys being hit with a stick. The summit is apparently concluded swiftly with the protagonists congratulating themselves on their civility. “How many parents standing up for their children become infantile themselves?” asks Annette (Lorraine McIntosh). 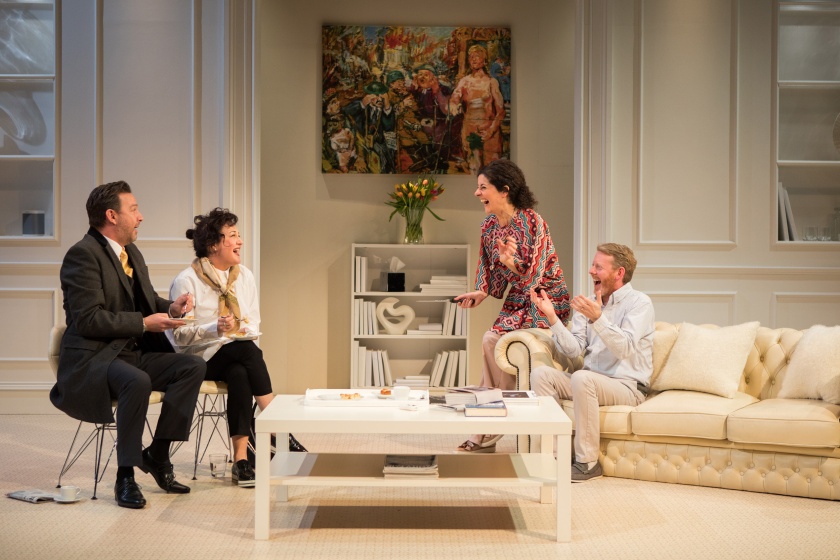 The couples’ self-satisfaction proves premature, however. Following a few well-directed parting barbs, the atmosphere begins to slide into acrimony. Within the hour the characters have degenerated to a level of savage recrimination that goes beyond playground fisticuffs. Insults come coated with extra venom; an unsuspecting bunch of tulips ends up smeared all over the carpet; the ball pit becomes a kind of cooling-off area between hostilities.

The cast revels in this outrageous behaviour, making light work of Reza’s exacting, ironic dialogue (translated by Christopher Hampton), while Nicholls choreographs the action with ruthless precision, using every part of the stage. Comic set pieces, including a scene of spectacular projectile vomiting, brilliantly achieve the desired effect of protracted shock. 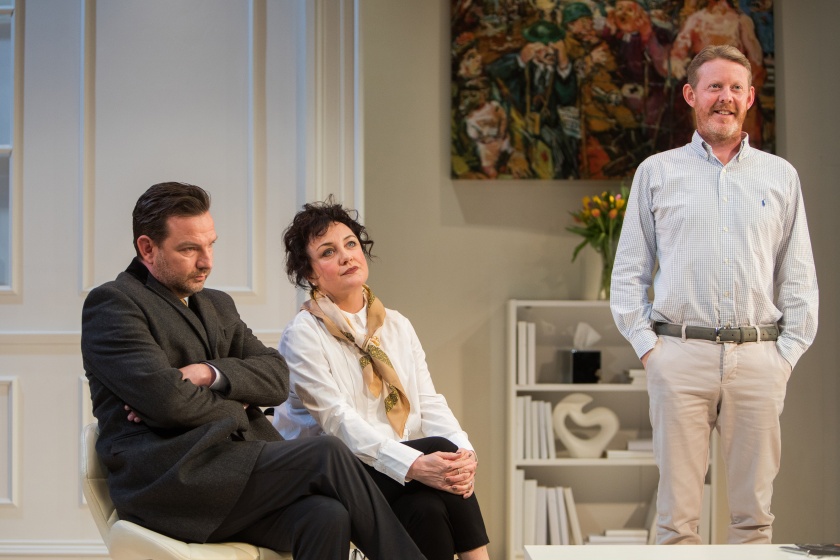 If there are drawbacks, they are mostly to be laid at the door of the playwright. While Reza makes her points about the simmering barbarism lurking just under the surface of middle-class respectability effectively and entertainingly, the descent into carnage happens too quickly and easily here, without the depth of characterisation and fierce sympathy that mitigates our reaction to the sparring marrieds of Albee’s Who’s Afraid of Virginia Woolf? Moreover, as this particular evening of fun and games wears on, we begin to doubt the credibility of the characters and the plausibility of their relationships.