“The action takes place in the Condomines’ house in Kent” runs the succinct programme note for Gemma Fairlie’s revival of Noël Coward’s “improbable farce”. The period setting is less instantly apparent. As designed by Adrian Rees, the interior of the Condomines’ home is clinical and sparse, with doors, drawers and drinks concealed in the gleaming walls. Until the moment when Eddie (David Rankine), the bumbling servant, searches for music on a MacBook, there are few visual clues as to when the devil we are meant to be.

It may seem almost sacrilegious to remove Coward’s oeuvre from familiar period surrounds, but the fact that Fairlie’s revival works so well is a timely reminder of the play’s structural strengths. It doesn’t even particularly jar that the characters drink turbo-strength cocktails before dinner and use words like “poppycock” in a contemporary setting. The Condomines and their uncaring circle have always seemed like people existing somewhat at a remove from the wider world and society. The play premiered in London in 1941 at the height of the Blitz, an event that is never once alluded to in the script. 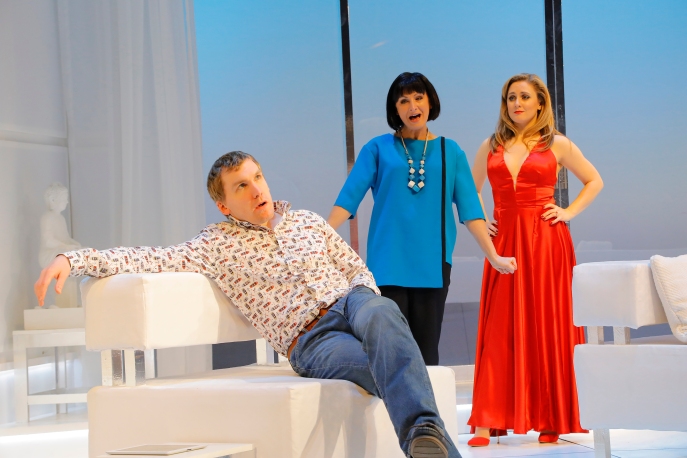 “There’s no heart in the play,’ said Coward of Blithe Spirit; it indubitably lacks the depth of the earlier, emotionally richer Private Lives. The story of a well-to-do novelist, Charles (played here by Ali Watt), who inadvertently summons the ghost of his “morally untidy” first wife, Elvira (Barbara Hockaday) following a séance, to the fury of the current Mrs Condamine (Claire Dargo), is proficiently crafted and unapologetically superficial – wit is everything here.

The play stands and falls on its pacing, and though the final scenes are a little drawn-out, Fairlie does a fine job of choreographing the action, placing due emphasis on the one-liners and visual jokes and raising the temperature when necessary. The actors revel in the shallowness of their characters while offering glimpses of pathos. Watt is suitably shady and entitled as Charles. Hockaday’s Elvira is tragically child-like, only coming alive when needling Dargo’s brittle Ruth or preparing for “car journeys into Folkestone”. 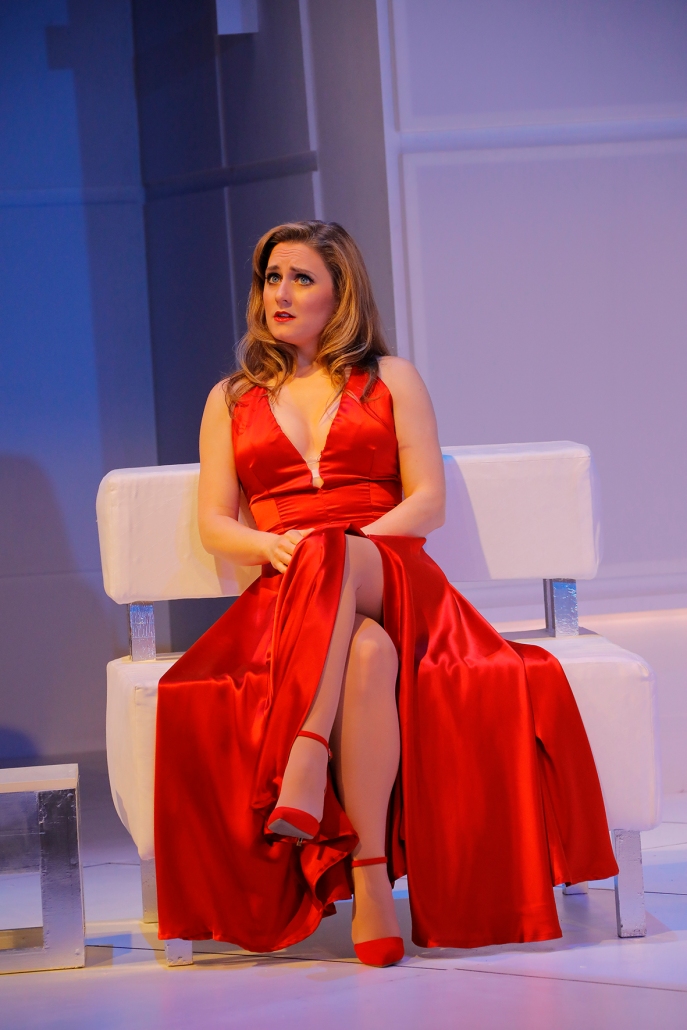 Deirdre Davis’s eccentric medium Madame Arcati is the real force of nature here. Her pre-séance warm-up routines are outrageous, her wonder at the supernatural sweet and a little pitiful, and there is a defiant edge to Davis’s portrayal that leaves you wondering if she’s really as daft as she looks.