The story goes that Disney considered acquiring the rights to Barry Hines’s 1968 novel A Kestrel for a Knave but withdrew their interest when the author refused to change the book’s downbeat ending. That the non-bowdlerised adaptation, directed by Ken Loach, has proved so enduring since its release 50 years ago is testament to a widespread acceptance on the part of audiences that stories about children need not always be sugary or optimistic.

Hines’s tale of Billy Casper, the young boy from a beleaguered mining community who finds meaning and transcendence in his attempt to train a kestrel, is undeniably gritty, but there is a lyricism to Hines’s writing, notably his ear for the terse rhythms of the south Yorkshire dialect.

Robert Alan Evans balances the political with the poetic in his stage adaptation, which was originally realised by Catherine Wheels in 2011. While the playwright never shies away from the story’s harsh social backdrop, his version is unabashedly theatrical, pitting Billy (played in Lu Kemp’s production for Perth Theatre by Danny Hughes) against an array of antagonists, all performed by the same actor (in this case, the versatile Matthew Barker).

Hughes is excellent as the complex, sometimes pugnacious yet powerless boy who discovers a hitherto unknown serenity in his interactions with the bird. Barker shape-shifts expertly from the bullying PE teacher, Mr Sugden, and the boy’s careworn mother to Billy’s self-pitying brother Jud, who strikes a pitiful note when he complains that the £20 winnings from a bet Billy failed to put on for him could have bought him a week off work in the dreaded pit. 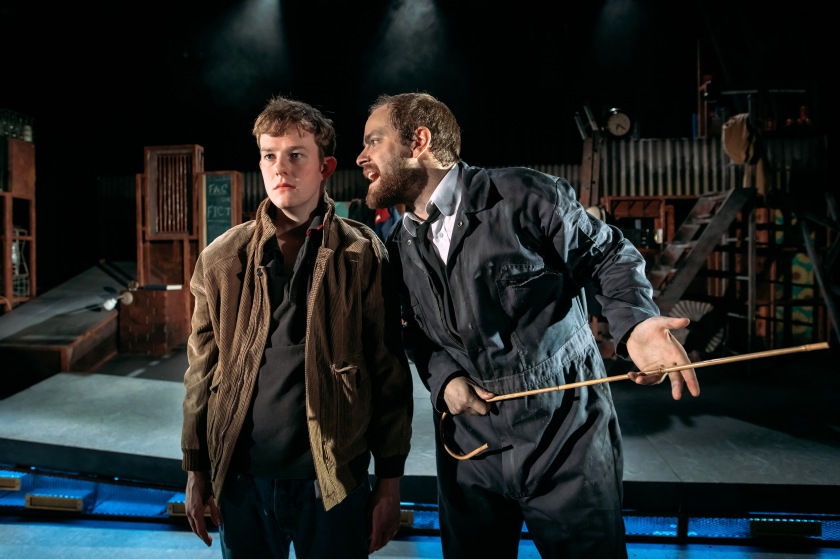 In her deceptively simple studio production, Kemp directs these performances with clarity and directness, making good use of the space and levels afforded by Kenneth MacLeod’s set. Lizzie Powell’s lighting designs invest the scenes in which Billy trains Kes with a sense of movement, beauty and excitement. Evans’s adaptation easily emerges from out of the shadow of its iconic film predecessor. There is an edge-of-the-seat jeopardy to much of this production, even for those familiar with the story and its denouement.