The first full-scale production to be staged at Leith Theatre in almost 30 years was always going to be something of an event. The sense of occasion is more than matched by the ambition of the project: a revival of the Viennese satirist Karl Kraus’s epic drama of the First World War, staged to coincide with the Armistice Centenary and featuring an international cast and creative team.

The theatre, built in the 1920s and featuring art deco elements, a beautiful barrel-vaulted ceiling and a towering proscenium arch stage, is a fitting period backdrop to Kraus’s fragmented collage of documentary accounts, acerbic commentary and short dramatic scenes, which the author wrote in bursts and published in instalments contemporaneously with the war. It is like a precursor to Joan Littlewood’s Oh! What a Lovely War, with fewer punches pulled. 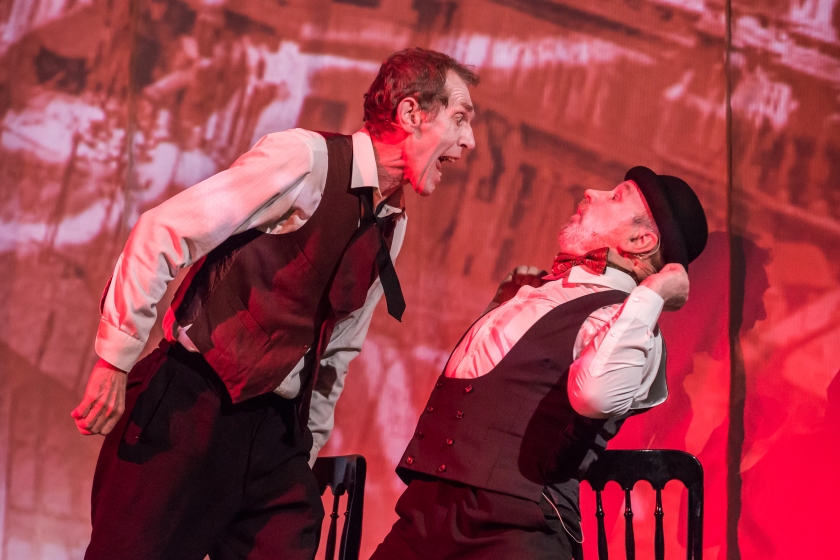 For all the forbidding size of the stage and auditorium, the directors John Paul McGroarty and Yuri Birte Anderson of the German company Theaterlabor, succeed in imbuing the show with an immersive feel. It helps that they have amassed an ensemble of around 30 performers, recruited from France, Serbia, Poland, Ireland and Ukraine, who regularly spill from the stage to mingle with the audience (many of whom are seated cabaret-style at tables), prance up and down the aisle or pop up in the gallery. The use of documentary footage and precise video projection, designed by Mark Holthusen, adds depth and variety to the staging.

Elements of the production are unnerving, notably the recurrent debates between sceptics and optimists, whose voices grow shrill as the war drags on, and the juxtaposition of images from the trenches with footage of the Viennese Bourgeoisie obliviously carrying on with their lives. As Kraus’s work contains so many set pieces, characters and satirical targets (politicians, military top brass and the press all get it in the neck), it is perhaps inevitable that the production lacks any kind of dramatic centre. The unedited version of the play runs to some 15 hours, but even this nearly four hour-long production, based on Patrick Healy’s punchy translation, starts to repeat itself. 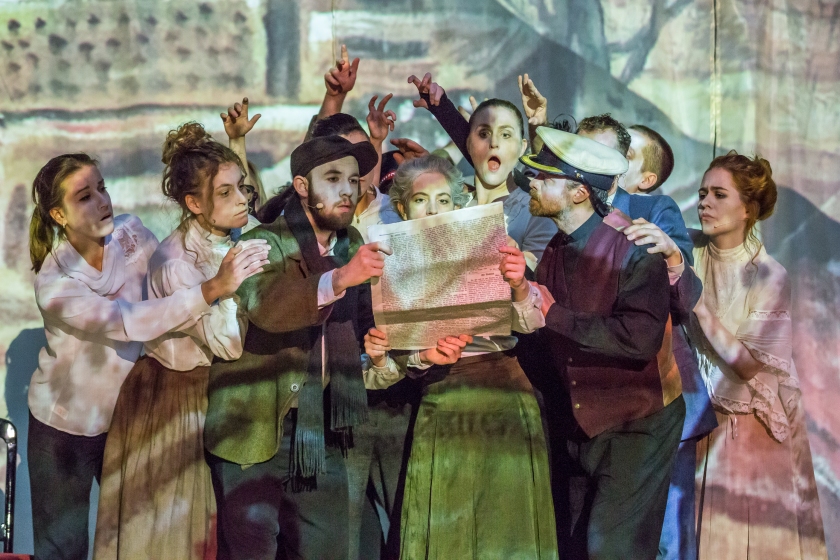 A degree of continuity is delivered here via the pithy music and songs, composed and performed by the Brechtian cabaret trio The Tiger Lillies. Frontman Martyn Jacques is the very image of the chilling, sad clown Master of Ceremonies, while the group’s mix of black humour, melancholy and melody has the effect of softening and humanising some of the more savage elements of Kraus’s magnum opus.